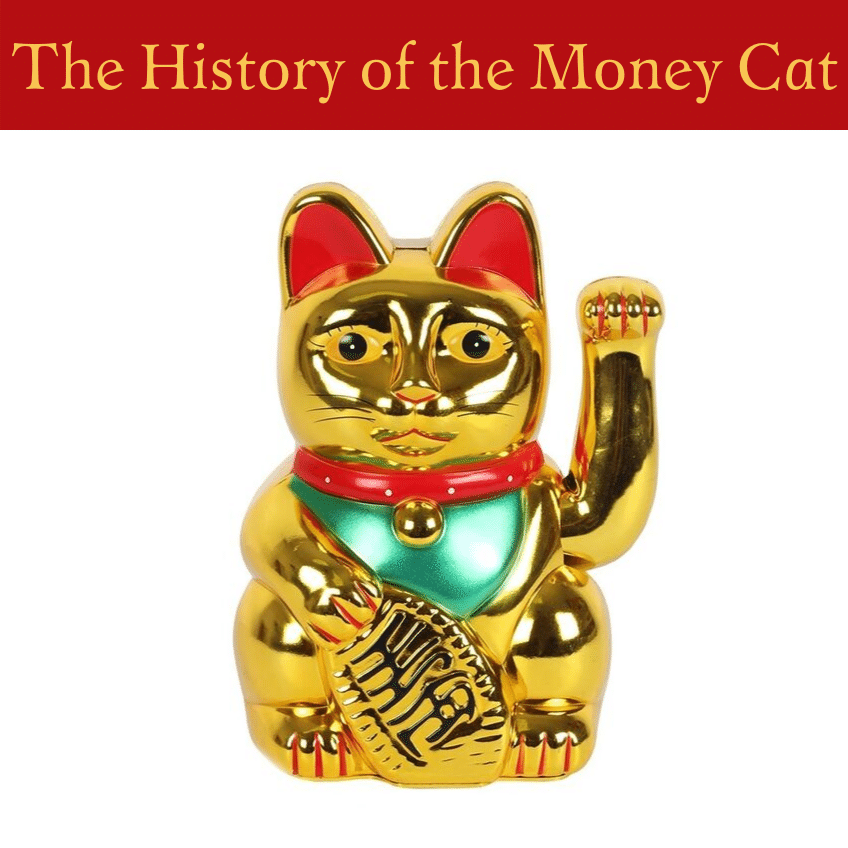 Find out more about our newest wholesale Money Cats and learn more about the legend and folklore behind their creation.

Here at Something Different we have a lot of love for Money Cats after all they are one of our most longstanding products and we’ve been selling them for over 15 years.

In fact we love them so much that we’ve recently expanded our collection of Money Cats to offer 4 new sizes with the largest standing 14 inches tall.

Our Money Cats are popular across a variety of businesses from shops and restaurants to offices. These symbols of luck and wealth are also popular among every day consumers who purchase these charms to display in their homes, cars or at their place of work.

Money Cats are also known as Lucky Cats, Fortune Cats or Maneki Neko which in Japanese which translates as ‘beckoning cat’. Money Cats are like a lucky charm or talisman that are popular in Chinese and Japanese cultures and you’ll often find them perched in the entrance of restaurants, shops and other businesses as they are seen to bring luck and fortune to the owner of the business.

To some it may appear as the money cat is waving, rather than beckoning which is a cultural difference in body language and gestures between Westerners and the Japanese. The Japanese beckon by holding up the hand with the palm face down and folding the fingers down and back. Some Money Cats have been made specifically for Western markets with a beckoning gesture more familiar to them.

There are many different folk tales that are reportedly the source of origin of the money cat, however one of the most popular legends is of the Gotoku temple which relates to a poor monk in the 17th century. The monk resided in a temple in Tokyo and although his life was very difficult he chose to share his meager meals with his pet cat, Tama. One day there was a storm and the monk took refuge under a tree near the temple when he noticed the cat beckoning to him to come into the temple. He followed the cat and when he left the cover of the tree it was immediately destroyed by lightening. When Tama the pet cat died he was buried in the graveyard for cats and the statue of Maneki Neko was made to commemorate it.

Whilst this is one of the most popular legends, many people also note the similarities between the money cat and the gesture of a cat washing its face, which in Japanese culture is a belief that when a cat is washing its face a visitor will soon arrive (i.e. bring patrons).

Object
• A Bib and Bell: Can represent wealth and material abundance (showing respect for the cat by keeping it warm and displaying wealth as a gold bell which is a symbol of treasure)
• A Coin: Often the coin depicted is an oval shaped koban worth one ryo which many years ago was considered quite a fortune
• A Fish: This is symbolic of abundance and good fortune
• A Mallet or Hammer: When shaken this small hammer is said to attract wealth
• A Marble of Gem: Another sign for wealth, although some people believe this to be a crystal ball for attracting wisdom and guidance.

What do you think about Money Cats? Could you see your customers being interested in them? Let us know your thoughts in the comments below and if you have questions about our products, please don’t hesitate to get in touch – we’re always happy to help.