We use cookies to give you the best experience on our website and to allow us to analyse site usage, enhance site navigation and improve our marketing efforts - for full details please see our Privacy Policy. You can change your mind at any time. 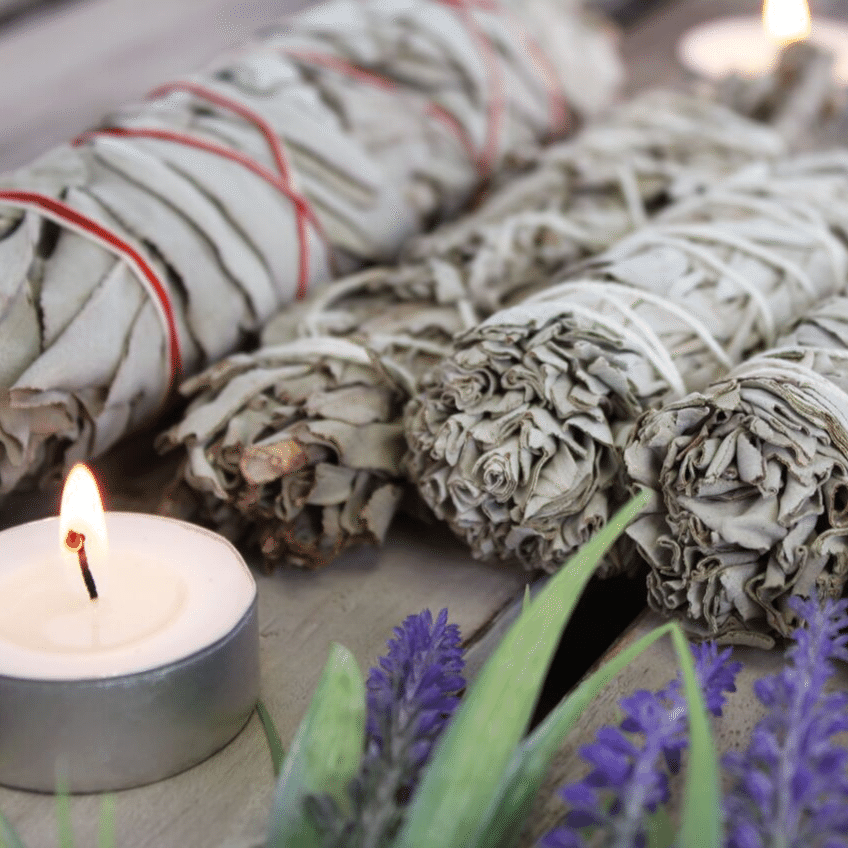 Did you know that the practice of smudging is now becoming a more common household practice to cleanse and purify homes and spirits?

The practice of smudging originated as an indigenous ceremony in the Americas for spiritual cleansing and giving blessings.

Smudge sticks can be made from many different herbs and each tribe often chooses to make sticks from the variety which is local to their region. The most common herbs used in smudge sticks are sage. Variations include white sage, black sage, blue sage, desert sage and Yerba Santa sage. The herbs of the smudge stick are bound together using string or twine.

The herbs are not always made into smudge sticks and often branches of the plant are strung up over doorways or hung in bunches which are thought to provide protection.

Smudge sticks are used by lighting the tip of the stick, allowing the flames to catch slightly and then blowing out the flames so there are just a few small embers lit which will smoke gently. The stick is then waved from side to side around a room or person as a cleansing and purifying ritual. Sometimes the smoking smudge stick will be placed in a smudge bowl where it can be left to burn in its entirety under supervision.

Smudge bowls can also be used for burning loose herbs which are useful for when just a small amount is required, rather than a whole smudge stick.

Palo Santo is also popular for smudging. Made from the wood of the Bursera Graveolens tree which can be found growing along the coast of South America.This wood is believed to be holy and there are strict conservation regulations in place to protect the trees from over-farming.

Is Smudge a Growing Trend?

Looking at Google Trends in the graph below, we can see that worldwide, interest in smudge sticks has risen consistently since 2014, with a more dramatic increase in spring time of this year.

In recent years several celebrities have been spotted with smudge products including Pamela Anderson and Taylor Swift and the practice of smudging has been covered by high profile publications like Nylon, the Huffington Post and even Vogue. Very suddenly smudging or 'saging' has a whole new demographic and more and more people are learning about what it can do to help them.

Here at Something Different we have expanded our range of smudge sticks and accessories to include black sage, blue sage, desert sage and even a Dragon's Blood version which has been coated in resin made from the naturally red coloured sap of several exotic trees.

Which retailers should consider selling Smudge?

Smudge has a place in many retail spaces however the best fit tends to be retailers who have a focus on spiritual awareness and mindfulness. It's a product which compliments activities such as yoga, Pilates and meditation which is why it's becoming increasingly available in trend-led retailers specialising in accessories for these practices.

Smudge also works well alongside therapies like reiki, reflexology and even Chakra Balancing making it a staple product in holistic supply shops.

Another popular market for smudging is the Wiccan audience who will use smudge as part of ceremonies, rituals and spell casting practices. If you already find items like crystals, cauldrons, spell candles and tarot cards sell well for you then it's very likely that smudge will be a popular selling item for you too.

If you'd like to know more about our smudge products, you can explore our smudge sticks and accessories category or if you have a question about any of these products please don't hesitate to get in touch and we'd be happy to help.